But, summarising it in under 10 minutes… well, let’s go.

– To set the scene. Great venue. BAFTA. A warm hello from Steve Davies Chief Exec of the APA.
– Warm up. A lovely film about James Bradley from 750, part of a series on Beak Street Bugle.

First up. Tim Lefroy from the Advertising Association came on to remind us of their existence; that they champion advertising and we should all join in.

He played a nice little film showing the arc from massive negativity surrounding the industry to the current sense of positivity (helped by feel good stats).

The afternoon was about the Future of Advertising, so who better as a first speaker than Amy Kean, Head of Futures at Havas Media. Bouncy, enthusiastic and smart, she told us about Advertising and Chemicals (don’t snigger).

She said a lot of things that made us nod sagely in recognition, specifically giving us her take on Internet stalking – thankfully she’s against (!), and told us that advertising and the internet are both about EMOTIONS. Hurrah to that.

Next up Luke Ritchie Head of Interactive Arts at Nexus treated us to a show of some incredible events in “The toys that help brands tell interactive stories – the role of the prototype” (this title alone challenges my summarising skills).

Good toys there were. Christmas trees lighting up around the White House. Beautiful. Interesting. Techy.

Three men and a journalist gathered next to discuss Virtual reality in a lovely cosy non-virtual chat show set up.

Unit 9, Happy Finish and Framestore. had a soft virtual battle showing what they have done/can do. Case studies of people with big headsets saying “Ooh and Wow”.

This sparked off a lot of debate in the break as to how we all feel about VR. No one loves it, mostly it comes off as a gimmick, but we all know how things develop so watch this space (it may not be the actual space you think you are in…) 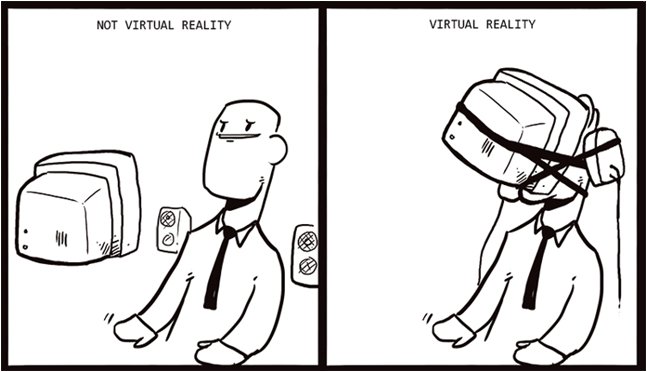 Matt Scheckner skipped in and enthused about Adweek, past and present. It’s fun and its great value and its work and play and sometimes there are celebrities. Let’s go!

Keiren from Filmlocker reminded us of the importance of storage. He did an excellent job of making something quite dry seem rather jolly.

Regardless of the fact that he has a storage company to sell, it was sobering to be reminded of the pitfalls of sticking hard drives in a box and quite how much data we go through. Plus he said ‘Cocaine’ a lot.

By the time Mark Evans from Gravity Road came on we were reminded again of the importance of standing out. With fun facts like “the distance you scroll when reading the Daily Mail website is the same as the height of the worlds tallest man (8ft 3”).”

In essence grab attention with what you do, make things intriguing and watchable and hopefully people won’t scroll past you.

And along came Dave Trott. He reminded us that technology and platforms are irrelevant, the real media is the punter.

With a lightbox and a big fat pen he re-enforced once and again that the creative has to stand out. If you have a great piece of technology today someone else will have it tomorrow. Quoting Bernbach and Enistein and David Abbot we were bombarded with some marvelous wisdom.

Of it all “Creativity is the last unfair legal advantage we have over the competition,” rang truest. “Shit that travels at the speed of light is still shit when it gets there”. And, while showing us an ice-cream van playing Greensleeves, he pointed out that the song we all identified was 500 years old while exclaiming, “and where the fuck was Twitter”.

And more and so much more, we were humbled. And reminded that creativity is core.

That looks like I am sending Trott a lot of hugs and only one kiss (maybe I am) but is all about standout.

I pity the two other acts that followed. A roomful of awe for Predatory Thinking, and almost no time left.

Caitlin Ryan from Karmarama had to grab our attention back to think about the role women play in ads. And a good job she did of it. Even if it was slightly shaming. 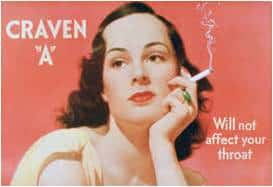 Who knew that we could be even more demeaning to women today than we were four decades ago?

And last, Paul Kemp Robertson from Contagious telling us how to be brave. And asking not what the consumer can give you, but what you can give to them. He showed some lovely sentimental footage of Japanese grown ups telling their parents they love them, and there was lots of innovative thinking. 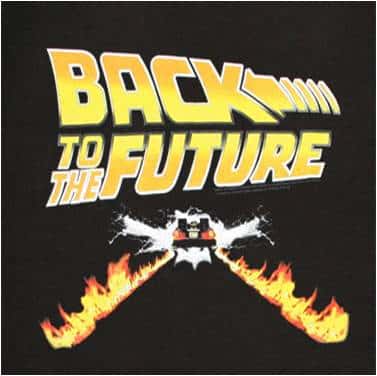