Some time in the 80’s I took a temp job at a small agency in Farringdon.

At the time Clerkenwell was NOT cool, East was shabby, the only sparkle was the Diamond Merchants of Hatton Garden.

I was on reception and was offered a permanent position because:

1) I knew what a Fax was
2) I could say the company name  ‘Grierson Cockman Craig and Druiff’ smoothly and without tripping up, or asking if I could abbreviate at all.

I worked for the Creative Directors one of whom sadly died; the other is still my dear, dear friend.

And the reason for this nostalgia trip is because I have been reminded of some work we did that, on reflection, was so ahead of its time, so digital, so non-traditional it makes my retrospective Advertising heart swell with Pride.

At the peak of McEnroe’s Bad Boy years, we were faced with a challenge when the shouty boy of tennis suddenly got injured and the client had nothing to run for the fortnight. Quick as a flash, we ran a full-page recruitment ad in the back of the Daily Mail and asked for McEnroe lookalikes to come to Clapham Common at a specified time on a Saturday and agree to be photographed. I was responsible for handing out cash (a tenner?) and getting release forms signed.

In the end we had a whole bunch of curly haired sweat banded swearers, including a kid, a black guy, a giant whose head was out of shot, an old lady and a poodle. We lined them up and made an ad. It ran as a DPS  within minutes (ish) in the Colour supplements.

It looked a little like this, but much, much better. 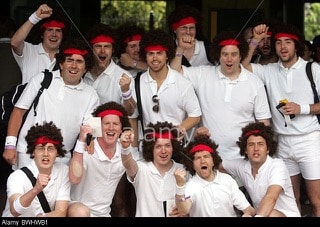 One spring, for April Fools, we created Nike Air. That was an airline run by Nike. The thinking was that studies had shown that sitting for hours on a plane was bad for you, and you should use the time in flight to do some exercise. Using a model plane we begged and borrowed from a travel agent, we created an interior with a treadmill, a running track, some cross trainers. Hilarious! Or so we thought.

Now we wonder why on earth that hasn’t been done for real, rather than resorting to pressure socks.

And the last of my “it’s like advertising but it isn’t” memories from the Vault was for the launch of a new alcohol Product called Newcastle Bright. 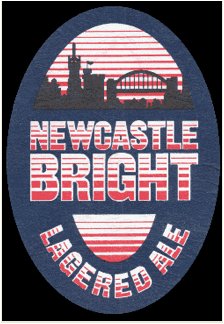 Created by Scottish and Newcastle Breweries, it was a revolutionary blend of lager and beer – a lagered ale. The Client did not have money for a big conventional launch, it was being tested in Tyne-and-Wear only, so what could we do to publicise it?

We created a beautifully designed pack, which contained a magazine and a cassette tape. 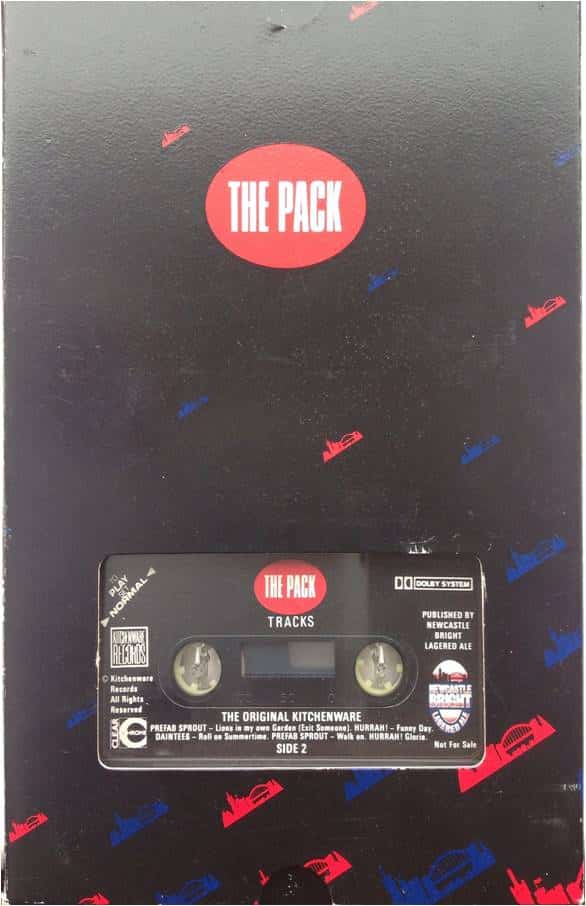 For the print bit we got hold of an underground publication only available in Newcastle Pubs and asked the creator of this obscene and hilarious rag, Chris Donald, to create some characters for us. Yes, we did “discover” Viz. And we got the sometime editor of NME to write some cool stuff about music.

We spent a day in Gateshead interviewing young people about their idea of fun. Our timing wasn’t great, it turned out to be LiveAid day so we eventually retired to spend the evening in the front of the hotel telly marveling at Bowie and Jagger and the incredible Freddie Mercury, laughing at Phil Collins’ Transatlantic trick and slightly sneering at the American half.

For the sound we got hold of up and coming Geordie bands like PreFab Sprout and included some pre released tracks.

We encouraged Alexei Sayle, no longer obscure but certainly not stellar, to create 20 minutes of stand up specifically for us, including bespoke Bright related songs. One of the session singers was Caroline Quentin, she was fresh from rehearsing a new West End musical and advised us not to go to see it when it came out because “there is a reason they call it the miserables.”

And when this lovely original thing was complete, the A5 comic stuffed into its neat and attractive packaging along with the C60, we gave it out free in HMV and Top Shop in the Newcastle Area.

I believe the reason Newcastle Bright didn’t fly was not due to its low-key witty and original launch, but because it tasted like wee.

We now spend our time thinking up events, harnessing any new technology, chasing for Likes and Shares.

We speak as though not doing a nice big TV ad is new and modern.

But at GCCD (Sorry guys, had to abbreviate) we were doing that when a Face and a Book were two separate entities, when Tweeting really was for the birds, Periscopes were for submarines and telephones were telephones.

And a fax (I know this) was a way of sending paper electronically without sending a bike.