Written by Dave Towers at Now.

I was invited to take part in a live painting session at the House of Vans in Waterloo, to raise awareness for The International Day of Peace (21/09/15).

The event was organised by the charity International Alert.

Ten artists worked in a live pop up studio in the arches of the House of Vans in Waterloo. All artists were set the same brief which was to work to the theme of ‘peace in our cities’, creating work inspired by visions of peace or conflict in the city.

I did some research into the riots of 2011 and the following contributory factors came up.

Seeing as the event was at Vans and the riots seemed to descend into a mass looting of trainers from JD sports, I separated the words onto line drawings of shoes.

On their own the words have one meaning, but when you bring them together as a pair they take on another. 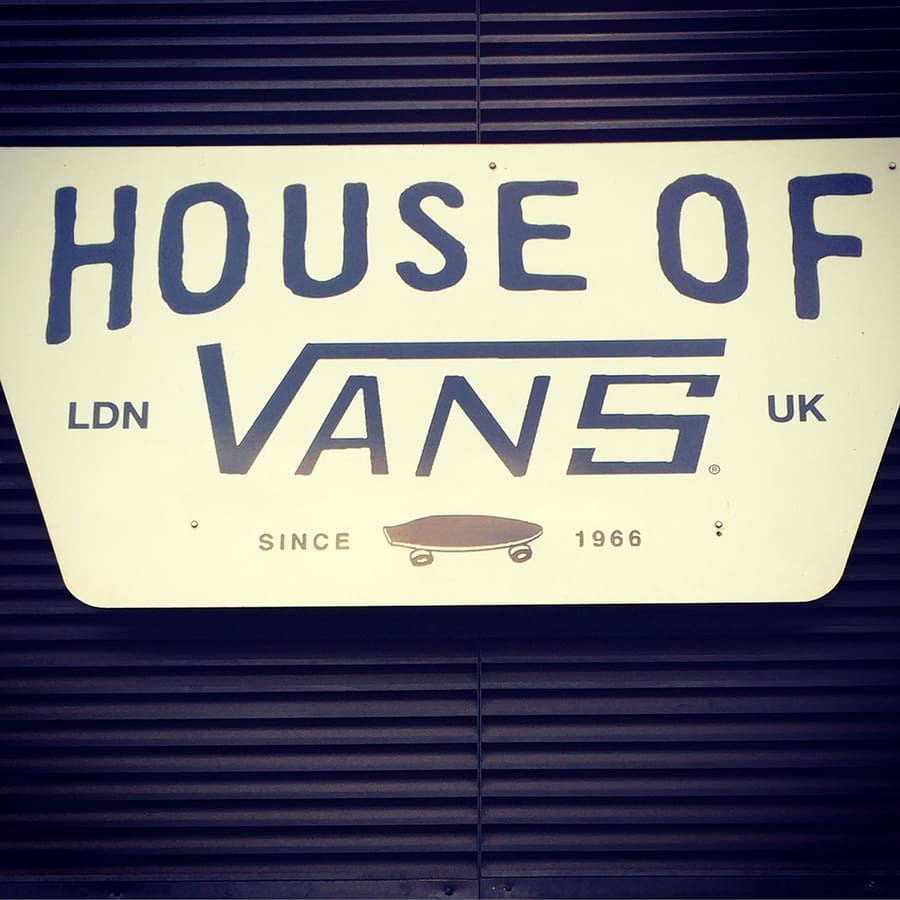 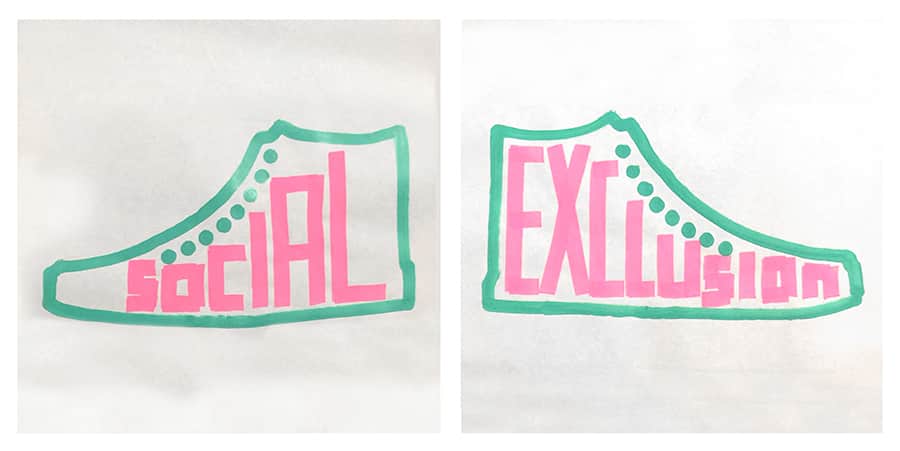 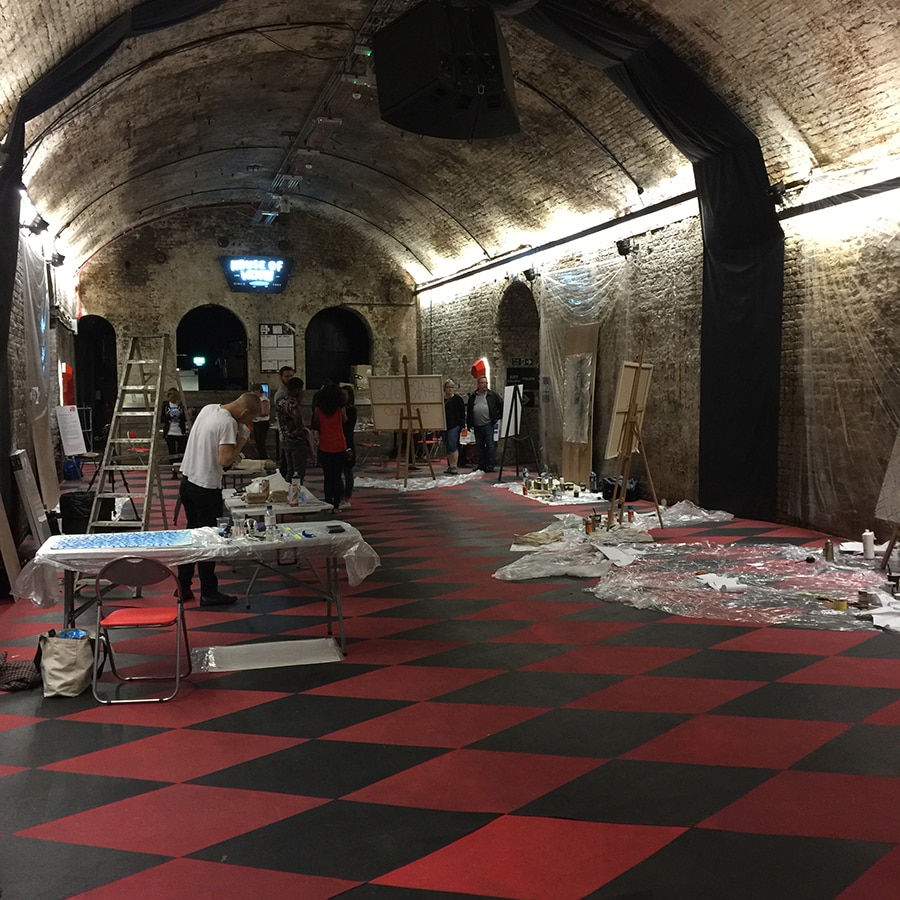