On Wednesday night we attended the first APG event of 2016 which promised to ‘inspire and provoke’, all followed by a belated New Year drink.

Strategist Heather LeFevre was first up and began by asking whether we are “unreasonable”.

Heather explained that much of what she has done over the years was a result of her inherent unreasonableness.

Unreasonableness stemmed from frustration. The frustrations of Heather, the mid-level Strategist, unsure of whether she should ask for a raise, led to the creation of the annual Strategists Survey (and a $12,000 raise and promotion).

The frustrations of Heather, now Group Director of Cultural and Business Insights CP+B Miami, then a Planning Director, with a thirst for knowledge and experience, led her to quit her job in Amsterdam and travel the world to shadow nine of the best that strategy has to offer.

Heather spoke about unreasonableness as a means of progression (she made very clear that she wasn’t referring to unreasonable douchebag behaviour) but turning our frustrations into something useful. 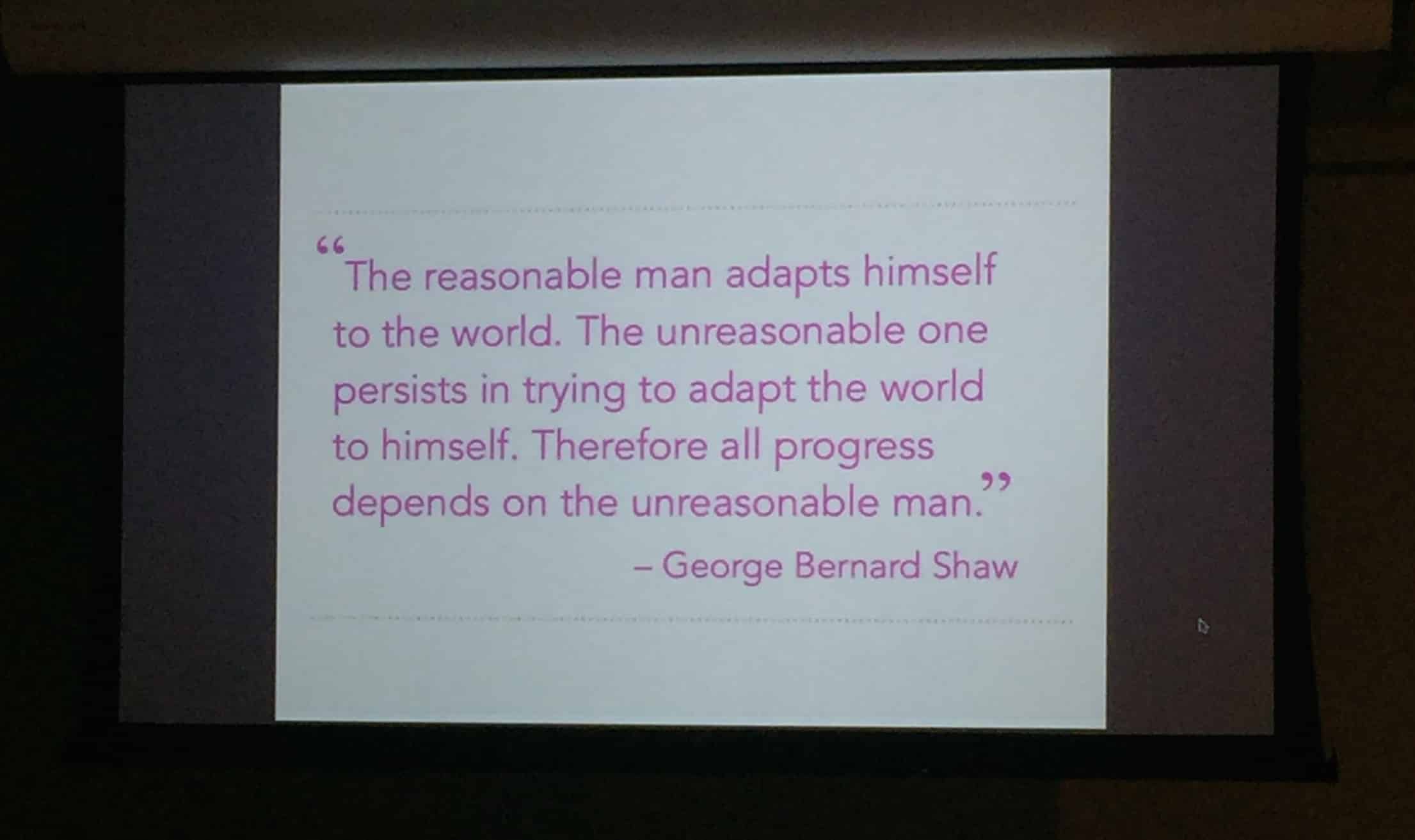 As Strategists we are in a position to change things and throw some spanners in the works. Heather certainly lit a fire in us, and we intend to be much more unreasonable from now on.

Discussing this afterwards Dom Boyd, Group Director of Strategy adam&eveDDB, likened Strategists to punks and promised ‘innovation’ and ‘entrepreneurialism’ would be big themes for the APG over the coming year.

Next up we had Tim Whirledge of AMV BBDO who took us through his APG Gold winning paper, Guinness ‘Made of Black’.

The aim of the campaign was to reinvent Guinness as a brand in Africa and, “give Guinness its mojo back”. Tim and his team questioned what it means to be black.

After research out in Africa it became clear to them that black isn’t a colour, it’s a confidence for individuals to live life as they see it, to have self-belief and no fear of expression. 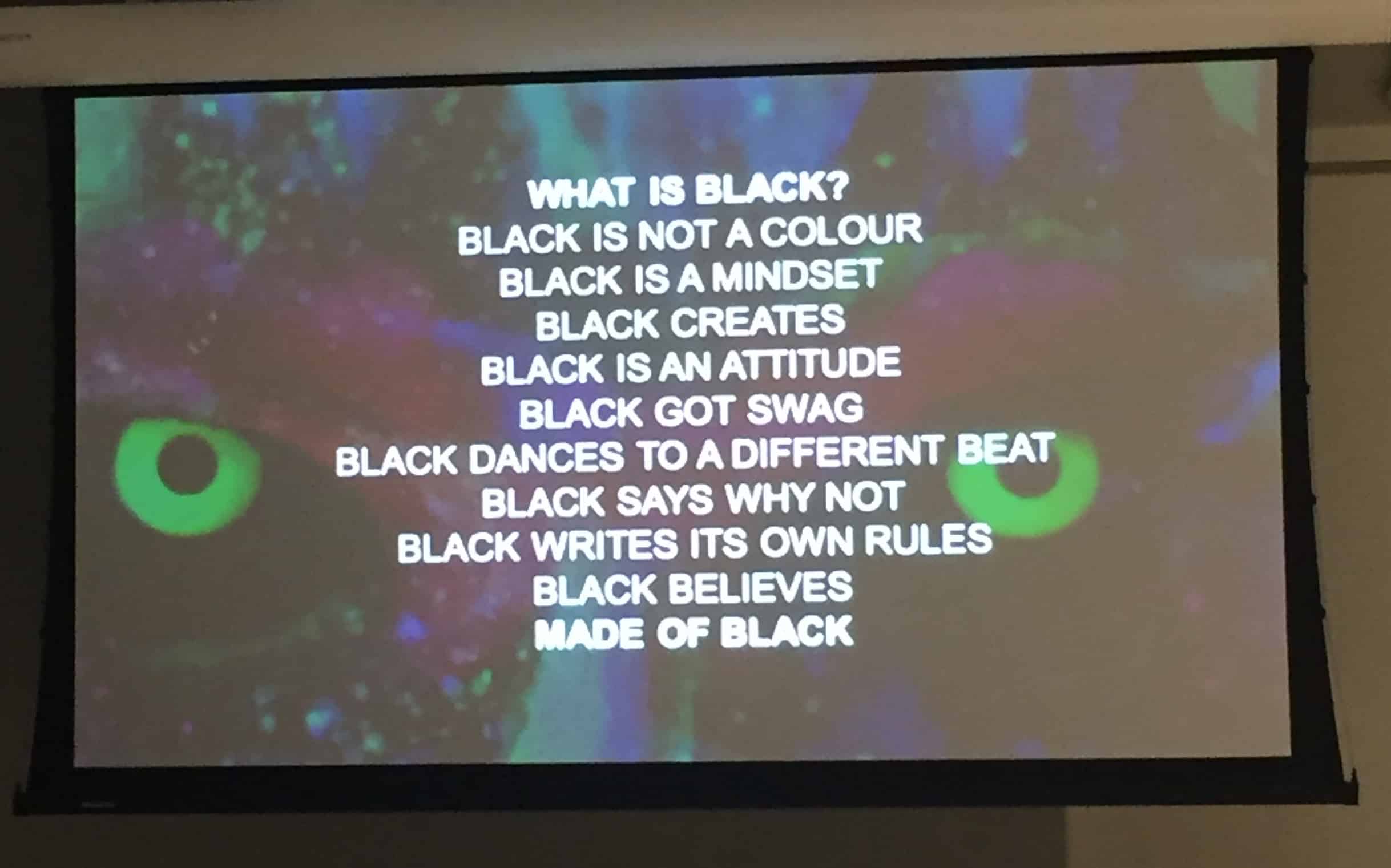 Tim and his team set out to make the audience feel an insane sense of cool with a Guinness in their hand. They interpreted local identity and unlocked the vibrant spirit of young Africans. Made of Black. Made of More. Genius. 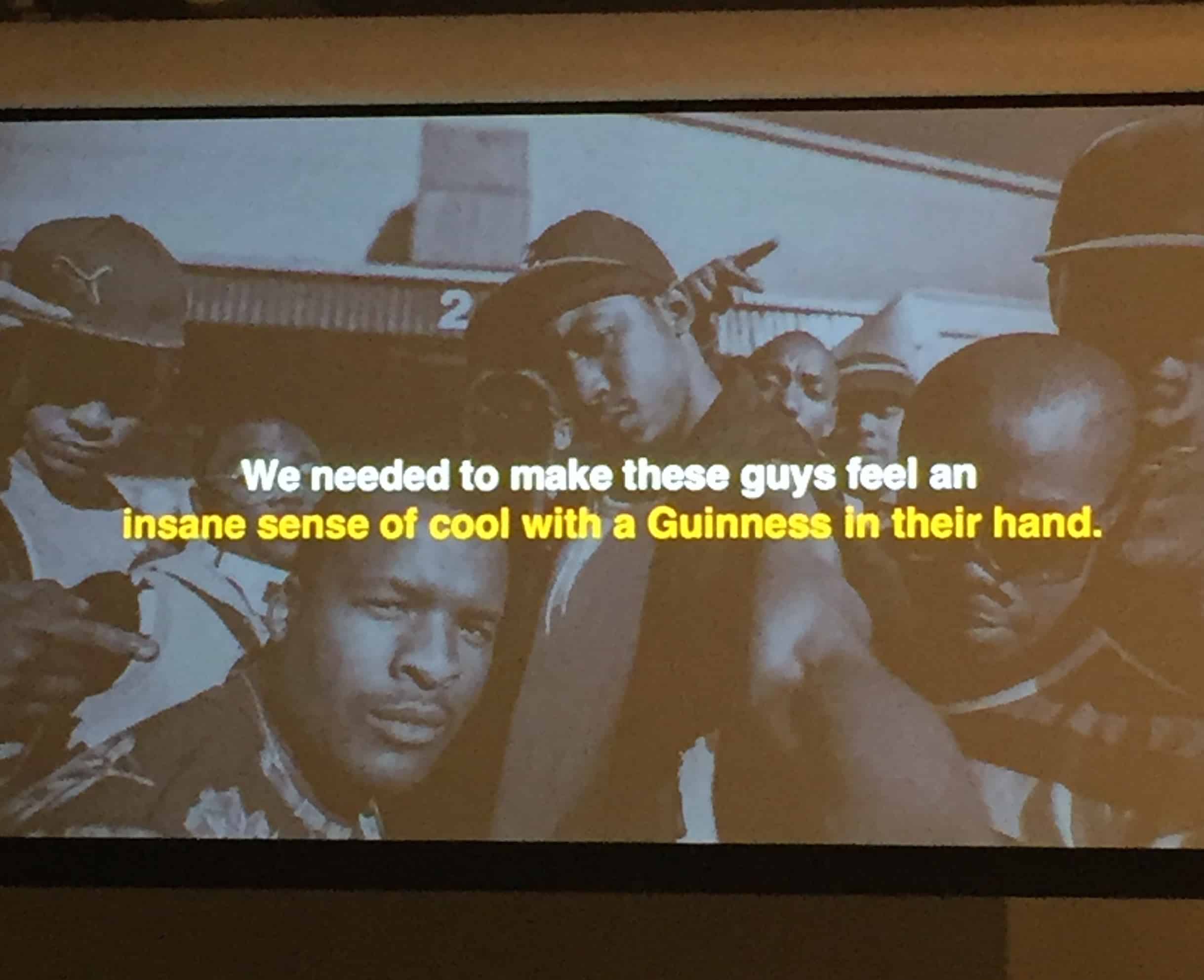 The evening drew to a close with some New Year’s drinks. A toast to Unreasonable Strategists perhaps…?

Thank you to all involved.