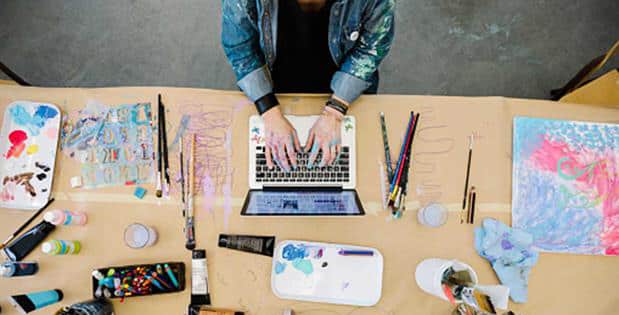 You’re the creative who everyone can rely on to crack every brief.

You’ve won every major award there is to win.

You come up with the ideas that make everyone jealous.

Your agency can’t imagine life without you. You’re their secret weapon.

You absolutely love it.

And you definitely deserve a pay rise. But you’ve hit the top salary band.

So, in order to get that pay rise, you have to give up the thing you love – being the creative who cracks the ideas, who noodles in the coffee shop, who writes the script that makes everyone chuckle. It’s time to become a creative director.

Brilliant, if that’s the job you want to do.

So why do we penalise those who are brilliant at being creative but not interested in the next step? Why are we structured the way we are? Is this the reason we have so many talented creatives freelancing?

Let’s be honest: some (not all) of the most insanely brilliant, work-envy creatives make terrible creative leaders. And some designers make great ones. That’s because they’re different jobs, with a very different skillset required.

For those who thrive, there are hundreds who falter. We all know the type of creative leader. The one who can’t make a decision, the one who gives you no feedback but asks you to “keep going”, the ones who “also have a script” at the end of a review.

The career path for creatives shouldn’t just be about becoming creative directors. Why shouldn’t some of the most exceptional creatives get paid more than CCOs, CDs, ACDs, GCDs, ECDs or BFGs?

We’ve created a funnel where we are losing brilliant creative talent because they don’t want to or aren’t able to lead.

The answer doesn’t have to be just a reward in salary. It could be a bonus for a pitch-winning idea or giving creatives a reward in extra holiday or even cutting down their working days (but not salary) if they’re consistently cracking briefs.

What would an agency look and feel like with creative leaders who knew how to… well, lead? And really enjoyed it? I think you’d have a creative department that was absolutely brilliant at being creative. You’d have an agency where good decisions were made quickly, people felt wanted and valued, everyone was doing a job they loved and, most importantly, you’d be making great work.

Now, how does that sound?