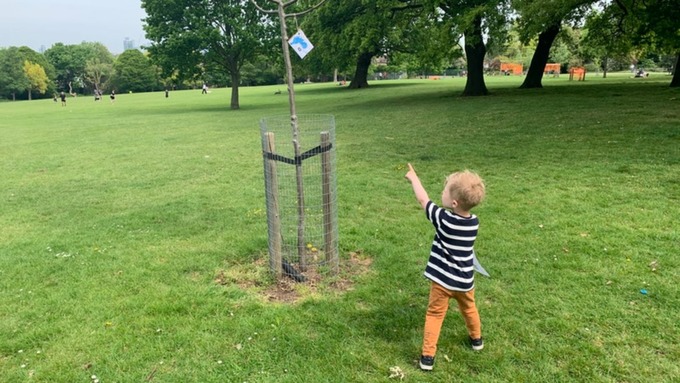 A family has started a new lockdown craze by recreating Pokemon Go in their local park.

Ben da Costa, 35, from Lewisham, London, came up with the idea as a way to keep his four-year-old son Louie entertained and active while he is unable to see his friends.

With his wife employed as a key worker and Mr da Costa running a business – he is creative director of the Now advertising agency – he said finding ways to keep two small children entertained during lockdown has been “quite intense”.

“We played Pokemon Go on my phone and I quickly realised it would just involve him holding a phone the entire time, which sort of defies the point of getting them outside,” he told the PA news agency.

Instead, Mr da Costa and his wife printed out images of Pokemon, laminated them and went with sons Louie and Felix, who is nearly two, to hide them in nearby Mountsfield Park.

“We came back the next day and we found there were loads of kids out looking for them,” he said.

“This has given us something to do – it’s not just hanging them, it’s picking which ones we want to do, print them out, cut them out, laminate them, it’s given us an activity and a sort of craft as well.”

It has spread beyond their family too, with other children in the area enjoying looking for the pocket monsters. 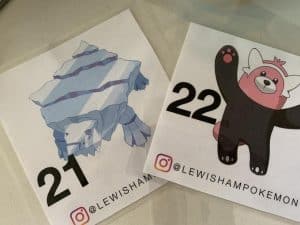 “More and more people seem to be going and looking for them,” Mr da Costa said.

“I guess it refreshes the park for lots of people with young kids.

“It was purely a thing for us to do. He (Louie) enjoyed hiding them and then going back the next day to find them, and it’s spiralled into something slightly bigger.”

Mr Da Costa has set up an Instagram account – @lewishampokemon – to offer clues to the locations of the Pokemon.

“For other people, if their kids are really struggling I didn’t want them to be upset if they couldn’t find them so it basically says where they are,” he said. 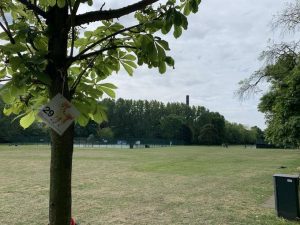 But it is not just children who are enjoying the hunt.

Mr da Costa said: “What has been quite amazing is lots of older Pokemon fans have been Instagram messaging me saying they’ve found them and stuff.

“There’s a whole troop of young kids – four to seven or eight – that have been looking for them but then there’s the older Pokemon fans using it as their daily exercise to go and find them all.”

After receiving positive feedback from other parents and requests to do more, the family hid a new selection of Pokemon in Ladywell Fields this weekend.

Now Mr Da Costa is hoping the idea may be taken on by others.

“In an ideal world loads of people would start hiding them and it would be a lovely thing that grows on its own,” he said.